Stretch films are the most economical and safest way to fix goods on pallets and prepare them for transport.

Nevertheless, stretch films are a cost factor and reducing the number of film used per pallet saves money. In addition, any reduction in film consumption during the wrapping process leads to a reduction in plastic waste for your customer.

The easiest way to reduce the consumption of stretch film is to reduce the thickness of the film. Our films are so strong that they show the same performance as normal, thicker films, even if they are 25% thinner!

Would you like to try? Invite us to a short on-site demonstration with your pallets, on your machine.

Our thinner films are equally strong, but significantly cheaper and cause less plastic waste. Do you use hand film? The same logic applies. 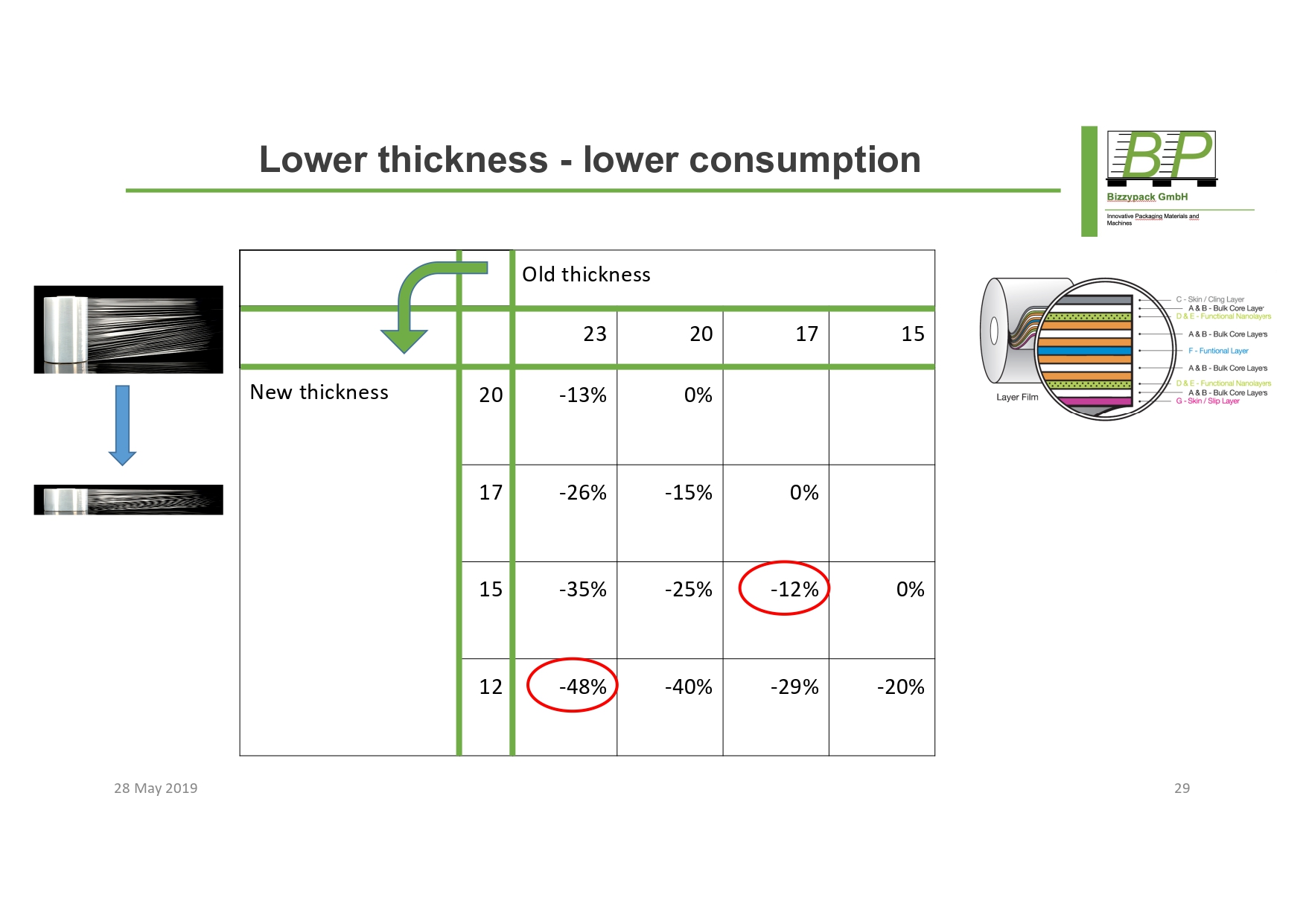 Fontanestraße 35, 52445 Titz, Deutschland
Phone: +49-170-1113024
E-Mail: info@bizzypack.com
Webmaster: VisionWebProject
Accept We use cookies to personalize content and advertisements, to be able to offer functions for social media and to analyze access to our website. We also share information about your use of our website with our partners for social media, advertising and analysis. Look at the details